Joseph and his technicolor dream shirt

So is Jonathan Joseph the new star of the England Rugby Team?…he has certainly made his mark in the 6 Nations so far with his 3 tries in the opening 2 matches. Had it not been for injuries then he may not have even been in the starting fifteen against Wales but then a bit of luck is often needed to launch an international sporting career. And he has certainly grasped the opportunity with both hands….firmly on the egg shaped ball! 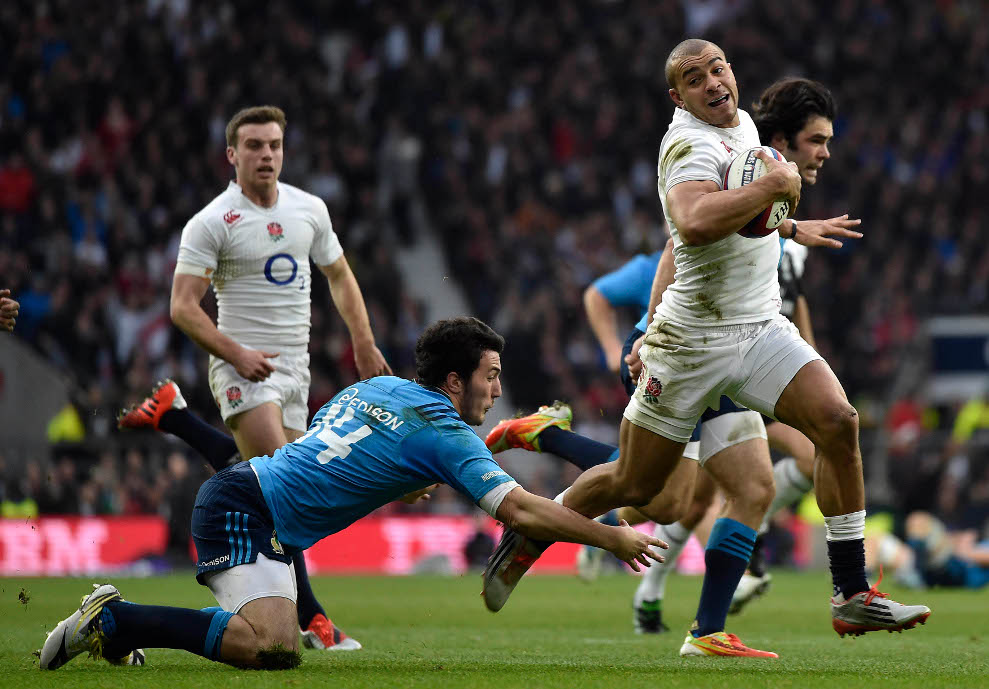 JJ has a certain flair that evokes fond memories of Jerry Guscott, another graduate of Bath who are playing swashbuckling rugby at home and in Europe.  Memories of the creativity of Rory Underwood, the speed of Jason Robinson aka Billy Wizz and of course the ingenuity & magic of Jonny Wilkinson. How refreshing to see this new young talent emerge just in time for the impending Rugby World Cup. You can imagine him being the star of the show and dare we believe carrying home the Webb Ellis trophy in a sweet chariot….us England fans can dare to dream as we did before in 2003.

The England Rugby team are now building in confidence in the current 6 Nations but another huge test is still to come in 2 weeks time when Ireland will have to be overcome in their backyard to stop their unbeaten run and continue England’s. This almighty battle will more than likely decide the eventual tournament winners and then it will come down to England’s last match against France to hopefully top it all off with the Grand Slam too.

Will Joseph continue to dazzle and score tries along this 6 Nations road?….if he does form part of a winning team then he can start to dream of bigger things in the Autumn and all England rugby fans can dream along with him and recreate the glory of 2003 and at home on the hallowed turf of Twickenham. Let Joseph’s dream start continue!