The Unders and The Overated! 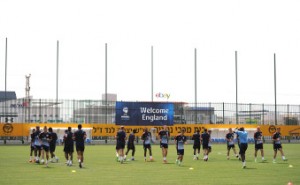 The England Under 21’s team a force to be reckoned with only one loss since September 2011,  810 minutes without conceding a goal!….this was all prior to the UEFA Under 21’s European Championships this summer! Drawn in the “easy group” we had the likes of Italy, Norway and hosts Israel, coming into this tournament we were almost certain if not guaranteed to make it to at least the Semi Finals…alas this did not happen.

Some quote the saying of “being an England supporter is like being the parent of a chubby kid on sports day” a support that is always there but never fulfilled. This was definitely the case in Israel, we all travelled with high hopes to watch our new youngsters compete against the up and coming football stars of the European leagues. We had plans to visit so much of Israel as we would be staying here for a quite a while even up and until the Final we thought, however our plans felt a bit uneasy after the 1-0 loss to Italy. Ok we said we don’t have our best players in yet, wait until Ince, Zaha and Rose play then we will show them what we are made of. Roll on our second group match Norway, now they struggled with Israel we laughed we had our “best” players ready to fight and roar like the little lions they were. Now there wasn’t much roaring to be had a 3-1 loss, elimination after only the second group game, Norway was confident, England were down and out. Discussions were had “why are we so bad in this tournament and so great leading up to it”?, what has changed…mainly the fact that our “best” players had travelled to Brazil to partake in a friendly for the senior team. Debates were made for and against as to why they were not in Israel, other teams had shipped their young in from International Senior duties so why hadn’t we?

Our final battle was against Israel, although we were out we never had a thought in our minds that we would finish last in the group, third was our aim, a win was our goal…a loss is what we got. The atmosphere in Jerusalem was beyond compare to the other games, with an attendance of 13,750 mostly supporting Israel it was a tough atmosphere for them to take and it was Krieff who unleashed more pain to the English fans. A miserable end to a tournament we arrived with so many hopes and dreams for. A duck was served to England, it felt like being part of the Eurovision song contest, nil points to England!

Can these youngsters be the new Beckham, Owen, Robson, Charlton or even Gerrard..there were not many you could heap any praise on after this tournament. How will we shape for the 2015 Championship in Czech Republic, well we will have a new manager for one point, and no doubt we will qualify in high spirits, but when the push comes to the shove how we will cope at the main event…only time can tell!