Who will dominate golf for the next five years?

As a thrilling year of golf draws to a close, debate has been raging in BAC HQ over who will dominate golf for the next five years.

Following Tiger Woods’ third back operation in less than a year, friend and long-time understudy Rory McIlroy stated that he feared for Woods’ future ability “not just to play golf but just for everyday life and being able to do everyday things”.

Woods now ranks outside the world’s top 350 golfers. A startling statistic for an athlete not yet 40, and who in the years preceding his final major win in 2008 dominated the sport in a manner few have done before – and none since.

Numerous golfers have raised their hands to be Woods’ successor, including prestigious major winners Bubba Watson, Adam Scott, and England’s own Justin Rose.

However, the outstanding candidate to dominate golf for the next five years had been Rory McIlroy.

The young Northern Irishman, with four major wins to his name and time on his side looked a certainty to boss the game for years to come.

But the last two seasons have seen the rise of fierce competition in Jordan Speith and more recently Jason Day.

It looks like a three-horse race, but they aren’t the only contenders.

We take a closer look at who will dominate golf for the next five years. 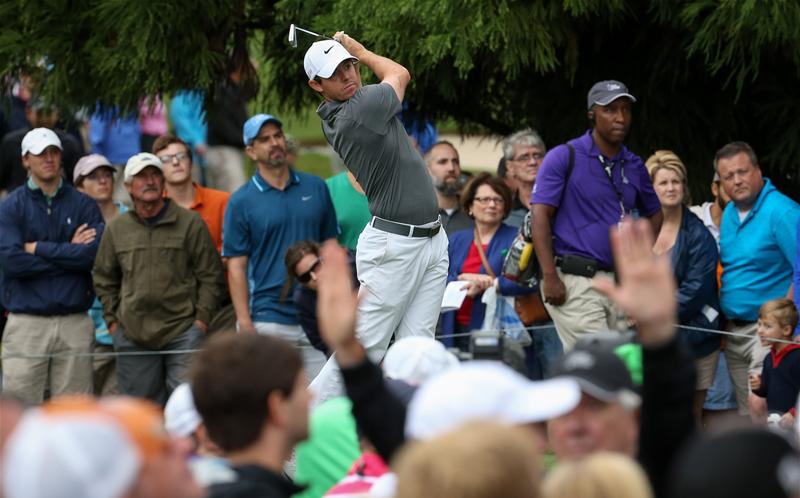 With back-to-back major wins, McIlroy closed out 2014 in style and looked untouchable.

Contrastingly, 2015 hasn’t gone quite to plan.

Several injuries, including a notorious football-related ankle problem, impacted his consistency and availability – although he did once again prove himself the game’s finest driver of the ball.

Now third in the world rankings behind Day and Spieth, he has a lot to prove coming into 2016. Some believe the intense, youthful competition might be the motivation required for him to take the next step in his career.

He denies thinking too much about his rivals.

He said: “I’m not thinking about those guys… I’m just concentrating on myself and trying to get my game back to where I know that it can be, and if I can do that, then all the rest of that stuff will sort of take care of itself.”

However, we can be sure that McIlroy will be fighting hard to re-assert himself as the No.1 player when next year’s majors roll around. 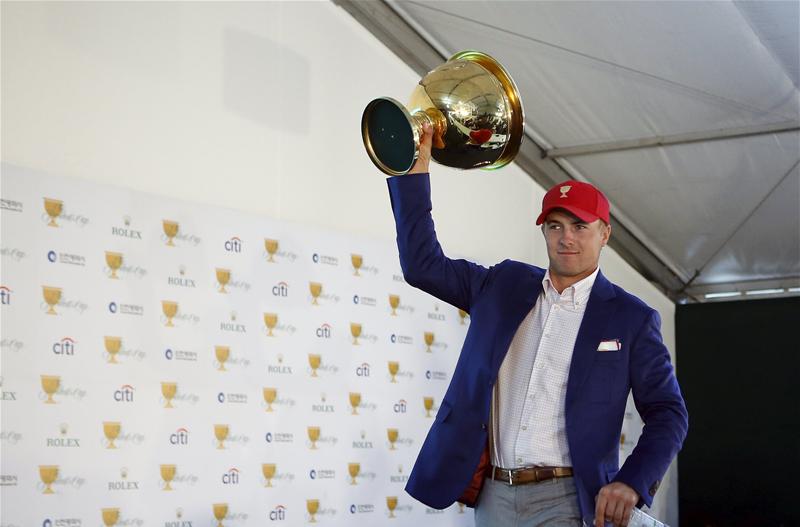 Spieth has had an phenomenal 2015

Spieth’s name is top of most golf fans’ lists of who will dominate golf for the next five years.

The 22-year-old Texan has done his best to stress that any talk of golf’s ‘gang of three’ is premature.

However, his extraordinary season that included two major titles and almost £50 million in earnings would suggest that perhaps Spieth is eyeing a gang of just one over the next few years.

Finishing the season as world No.1, Spieth has shown composure, golfing intelligence and attitude well beyond his years – and, not least, a healthy dose of humility too.

He has all the tools to dominate 2016 and beyond – with a new, improved swing on display at the HSBC Champions earlier this month to compliment his outstanding short game.

However, he put it best himself when acknowledging his ranking:

“…with the way these guys are playing and the way you see it being played on the biggest stage, it’s going to be really, really hard to keep that position.”

A deserving world No.1, but whether he can dominate golf single-handedly is yet to be seen.

The oldest in our trio, at 28, Day has a pedigree of high-quality performances over several years.

But it was 2015 that served up his first major title at the US PGA Championship with a record score of 20-under-par.

Having come close on several occasions, particularly the 2015 US Open where he looked on course for success before a bout of vertigo set him off track, many felt the Aussie golfer was well overdue a major title.

His success was recognised in Australia with the prestigious Don Award last month.

Impressive wins in the first two events of the FedEx Cup play-offs cemented his position alongside Spieth as the stand-out performer of 2015.

Like the other members of the exceptionally talented trio, Day has tried to play down talk of a gulf developing between them and the rest of the tour.

However, his words after his Open success demonstrate his ambition:

“I still want to accomplish that No.1 goal of mine, which is to be the best player in the world.”

If he remains fit and healthy, Day certainly has the motivation to dominate golf for the next five years. 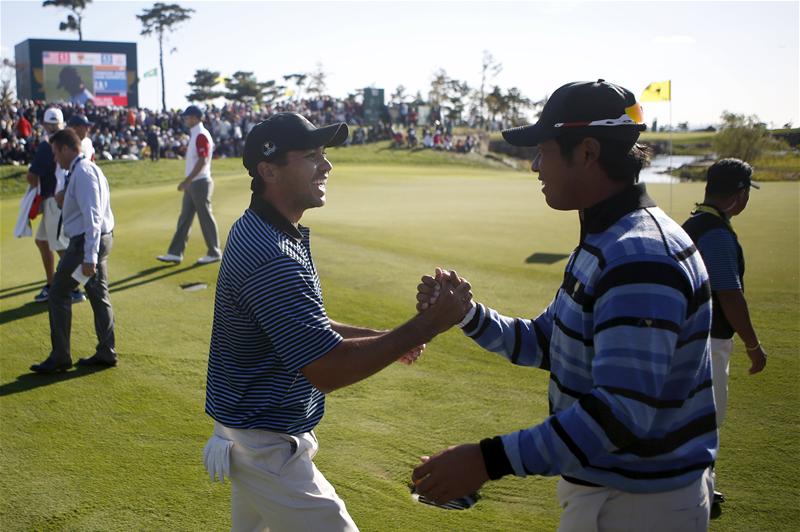 Right now, it’s hard to look beyond McIlroy, Spieth and Day dominating golf for the next few years – assuming they remain injury free.

But they, among others, have noted a number of other players who could regularly contend for major titles over the next few years.

Rickie Fowler is one of those players. And he thinks so too:

“Taking the past two years and putting them together? I should win a major next year.”

World No.5, and with a number of tour victories in 2015 under his belt, it’s only the lack of a major victory that sets him apart from the top trio.

Other Americans with age on their side – and the skills to win majors – are Keegan Bradley and Patrick Reed.

Bradley boasts an impressive eight tour wins, and like Fowler, will be looking to make the step up to a major. Reed, only 25, has four PGA tour titles to his name, and after a memorable Ryder Cup will surely continue to compete at golf’s top table for years to come.

His early amateur career in Japan was vastly overshadowed by the meteoric rise of teenage-prodigy Ryo Ishikawa.

However, a fifth place finish in this year’s Masters along with a PGA win under his belt, the 23-year-old Matsuyama might just be one to watch.

Who will dominate golf for the next five years? A summary

It’s hard to look beyond the triumvirate of McIlroy, Spieth and Day.

All three are world-class performers, and one would expect that they will spur each other on to greater heights through their competition.

Given their similarity in age and stature, it seems unlikely any one figure will reign supreme over golf in the way Tiger Woods did in his prime.

However, what we can be sure of is some thrilling golf over the next few years.

If you’d like to join us at any of golf’s majors next year, the Ryder Cup or any other of our sports tours don’t hesitate to get in touch.