English Golf – Who Will Shine in the Next Five Years?

It’s been nearly four years since an Englishman was the world’s number one-ranked golfer – but could that wait be coming to an end?

Luke Donald was the last Englishman to be world number one back in the summer of 2012.

Danny Willett shot up into the world’s top ten following his historic win at the Masters this year. Could he be the next Englishman to make it to the top of the world rankings? 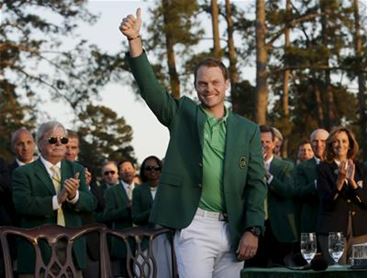 After winning the Masters it’s no surprise Willett is highest up the world rankings at the moment – he’s just entered the top ten for the first time in his career.

Matthew Fitzpatrick and Andy Sullivan have also made extremely good progress over the last few months, both entering the top 50 for the first time in their careers.

Fitzpatrick only turned pro in 2014 after seeing amateur success early in his career. He won his first professional tournament – the British Masters – late last year, which was a huge milestone for the young pro.

Sullivan has been pro for slightly longer than Fitzpatrick, making the step back in 2011. However, he had an unsuccessful first couple of years as a pro and it wasn’t until last year his form changed for the better.

Three wins in 2015 really helped Sullivan get his career back on track, and he’s been improving ever since. He was the first man to win three European tour events in one calendar year.

Chris Wood is just outside the world’s top 50 and his last win was in June 2015. He’s been inconsistent in his game over the last few months, but if he can find that consistency no doubt he’ll be back in the top 50 again soon.

Justin Rose, Paul Casey and Lee Westwood are among the more experienced golfers currently in the world’s top 50.

Rose, who had his first major success three years ago at Merion to win the U.S. Open, has been in the top ten for the last five years and has been performing consistently well on both the European and PGA Tours.

Casey has had a very up and down career with a lot of injuries along the way. However, it looks like his luck might have changed. Recent form has taken him from world number 75 at the end of 2014 to world number 22 today.

Westwood, a former world number one, has won everything in his successful career apart from a major championship. He’s come tied second in two majors and tied third in two more. Having now been in the world’s top 50 every year since 2004, could he lead the way over the next few years?

English golf – who will shine in the next five years?

There’s obviously a lot of talent in English golf at the moment, and Willett’s recent major success may be the kickstart they all need to go on and challenge players like Jordan Spieth and Jason Day at the top of the world rankings.

With three more majors left to play, hopefully we’ll see one of these players succeed in one of them – if not all of them.

We also have players like Luke Donald, Ian Poulter and Ross Fisher who’ll be looking to challenge at these tournaments to make a statement to Darren Clarke about being selected for this year’s Ryder Cup.