This weekend the BAC Sport team and clients will find themselves under the sunny skies of Monaco. The long-awaited event has finally arrived and it’s time to get those best dresses, and suits, out of the wardrobe again to show off to the crowds at the Monaco Grand Prix.

Our Monaco F1 packages offer the opportunity to share in an experience usually reserved for Hollywood celebrities and Monaco’s royalty. The Grand Prix is, after all, one of the most glamorous events in the Formula 1 calendar. 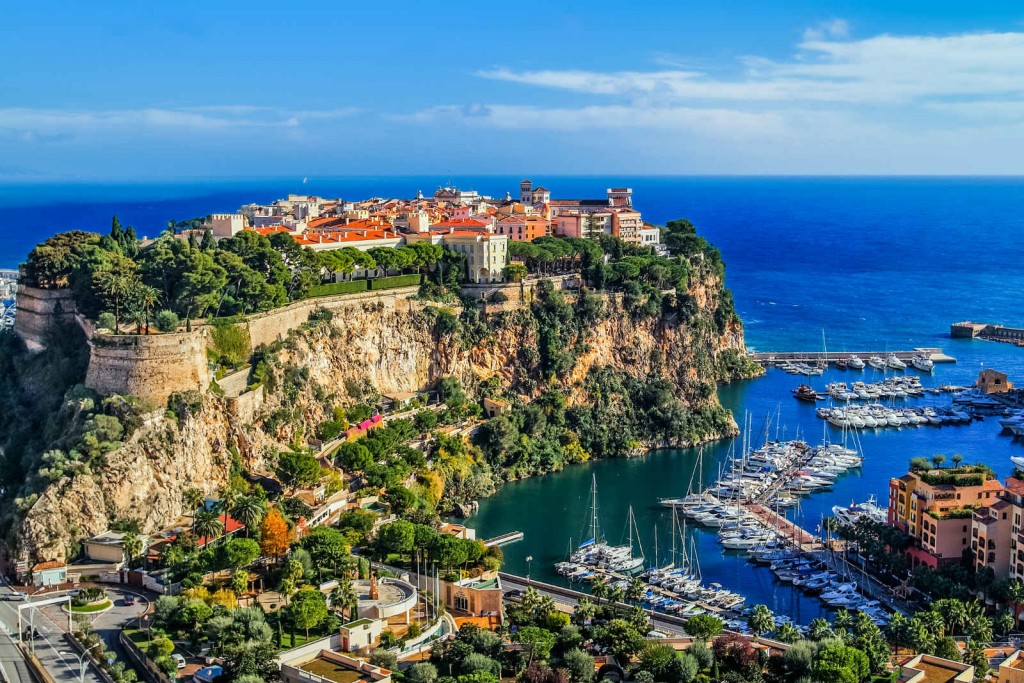 The Principality of Monaco is a microstate on the French Riviera, bordering France and the Mediterranean Sea. It is the second smallest and the most densely populated country in the world, with a land border of 2.7 miles and a coastline of 2.5 miles.

Because this state is so small and densely populated, most people who travel to see the Monaco Grand Prix decide to stay in Nice. Nice is only eight miles from Monaco and is easily accessible by train.

Monaco is a constitutional monarchy, with Prince Albert II as its head of state. Although Monaco is independent and has its own foreign policy, France is responsible for its defence. Monaco is not part of European Union, but uses Euros as its currency.

What to do in Monaco

Monaco has been known for gambling since the mid-19th century, when Le Grand Casino de Monte Carlo opened and the newly-built French railway reached it. This seemed to be an invitation for everyone to come and try their luck in Europe’s capital of luxury.

Our Monaco Grand Prix packages provide not only a chance to watch the racing event, but to come and take part in the unique Monaco casino experience. 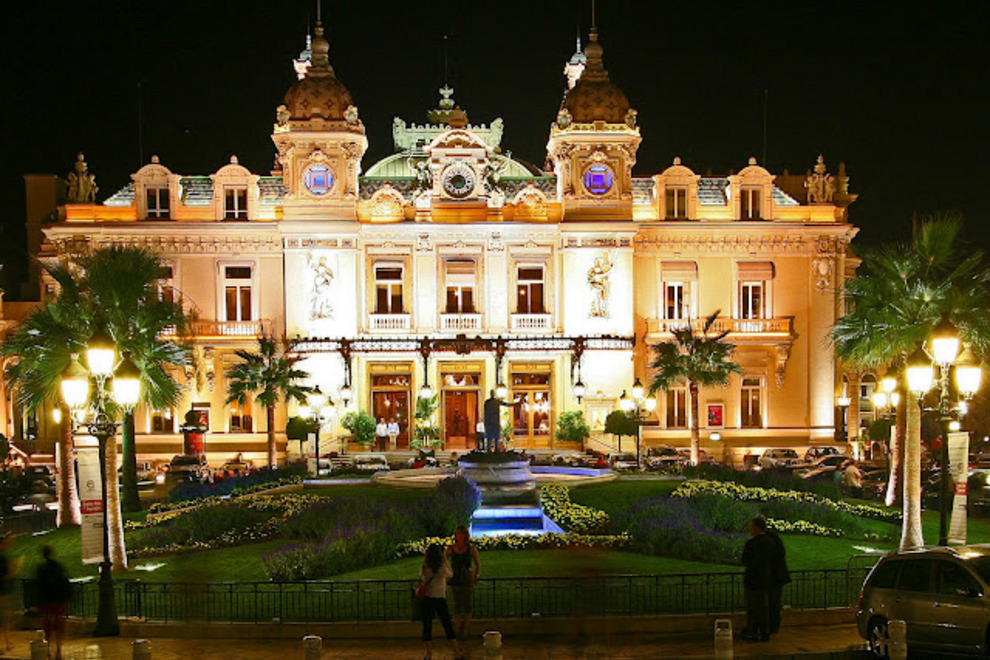 The most popular casino in Monaco is Casino de Monte-Carlo, which also houses the Grand Theatre de Monte Carlo and Les Ballets de Monte Carlo. The casino is one of James Bond’s favourites, with the building having been featured in several Bond films.

Those who don’t enjoy gambling but love a good old-fashioned opera can visit the Opera de Monte Carlo, which is also part of the Monte Carlo Casino. It was built in the late 19th century and offers beautiful shows throughout the season.

For a light lunch or a memorable dinner, visit Café de Paris – the most popular rendezvous spot in Monaco. The Belle Époque style windows recall the old Parisian bistro style, creating a bright and friendly atmosphere.

Monaco F1 hospitality is not just about the racing, gambling and fine dining – the beautiful coastline and stunning scenery is offset by the mediterranean climate

The Monaco Grand Prix has been held annually since 1929 on the streets of Monaco. It’s one of the most prestigious motor races in the world, and with the many Monaco Grand Prix packages available, joining in the big event couldn’t be easier.

The track itself is very challenging, with narrow streets and tight corners. Nelson Piquet once compared driving on the circuit to riding a bicycle around his living room.In the early years of the race the drivers could hit anything from a tree to a building, but in 1970 the rules were changed and the track made safer.

The erection of the circuit takes six weeks to complete, and the removal of the track takes another three weeks. 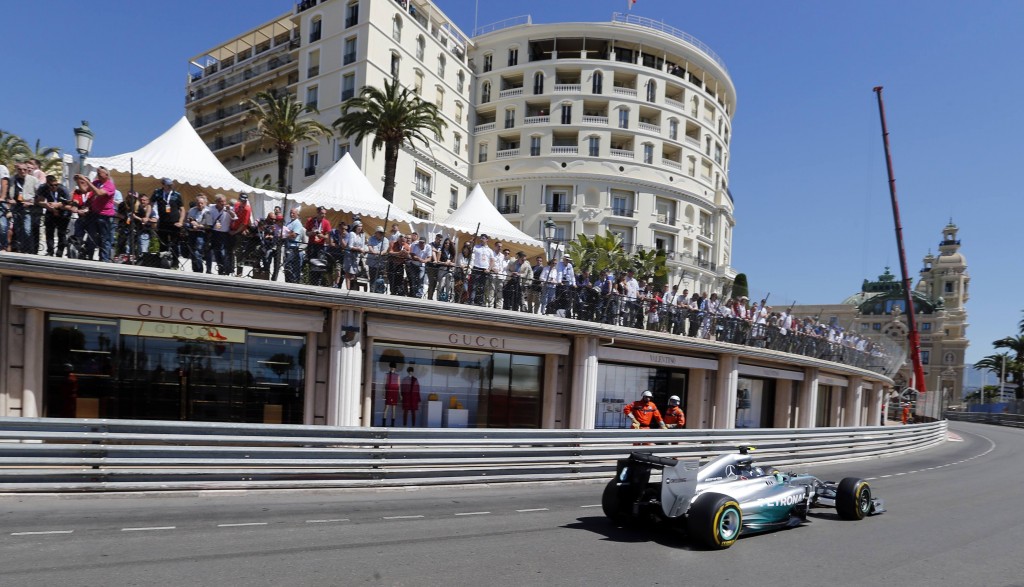 This year’s race promises to be extremely exciting. Daniel Ricciardo hit the headlines on Friday morning, having impressed everyone with his ‘unbelievable’ speed during the test races on Thursday. He also set the fastest lap of the 2015 Grand Prix. Nico Rosberg won last year’s race, with Lewis Hamilton coming third.

How will things go this year? Only a day to go now until it all starts!

During the Monaco Grand Prix there are a lot of viewing spots to choose from. A number of grandstands are built around the circuit, most of them located around the harbour. An alternative is to get a yacht hospitality ticket, or arrive on your own yacht to view the race from the harbour.

Balconies around Monaco become gold dust every May, with many of the hotels and residents cashing in on the bird’s-eye views they provide. The Grand Prix organisers themselves have voted the best viewing platform to be the Ermanno Palace Penthouse.

Other sports in Monaco

Although Monaco Grand Prix hospitality has become synonymous with the area, there are many other activities to enjoy in Monaco. For instance, the Monte Carlo Rally has been held in Monaco since 1911 and is considered to be one of the toughest and most prestigious rallies in the world.

Monaco also has its own football team, belonging to the French Ligue 1. The club is historically one of the most successful clubs in France, having won Ligue 1 seven times and competed at the top level for all but six seasons since 1953. The club even reached the Champions League Final in 2004 but lost 3-0 to F.C. Porto. Many international stars such as Thierry Henry, Fabien Barthez and David Trezeguet have played for the club.

If Monaco F1 packages and football matches don’t really appeal, you can still come to enjoy other sporting events. Monaco has its own rugby team, currently 97th in the International Rugby Board rankings. Monte Carlo Masters is also an option, with the ATP Masters Series tournament being held in Roquebrune-Cap-Martin annually.

Monaco is so old it’s outlived many of the nations and institutions it’s had relations with. It’s a wonderful little country with so much to offer over the summer. Besides the amazing weather, good wine and delicious food, there’s more than enough to choose from for sports fans – from top end racing to professional level football.

Or if you’re looking to explore further afield, check out our blog post on places to visit in Monaco and beyond.