Turning a corner: Who are the best young tennis players?

It’s been a rough few months for tennis…

It began with serious allegations of widespread match-fixing.

This was followed by the news that Maria Sharapova, one of the world’s most popular and best known female athletes had failed a drug test at the Australian Open – prompting speculation about widespread doping in tennis.

When things seemingly couldn’t get worse, a prize money / gender equality squabble erupted at Indian Wells, and it looks to have somewhat tarnished the name of the sport’s leading man, Novak Djokovic.

However, spring has finally sprung, and with the (little bit of) sunshine (!) comes fresh excitement for the European summer and what’s set to be a thrilling series of tournaments – not least, our two favourite Grand Slams.

With Sharapova and Djokovic under scrutiny, who are the likely future custodians of the sport? Who are the best young tennis players to look out for over the coming months?

The nearly men: Could this be their summer?

All three have featured in the latter stages of Grand Slams, and with an average age of 23, they’re set to be potent forces on the ATP tour for years to come.

Nishikori’s career high ranking of no.4 in 2015 makes him the best ranked of the trio. The first ever male player from an Asian country to reach a Grand Slam singles final; he’s won 11 singles titles and was runner-up at the 2014 US Open

Nishikori plays most comfortably at the baseline, using dominating groundstrokes to push his opponents around and hit winners – indeed, critics and fellow players have said that Nishikori’s backhand is one of the best on the tour, on par with that of Djokovic and Murray. 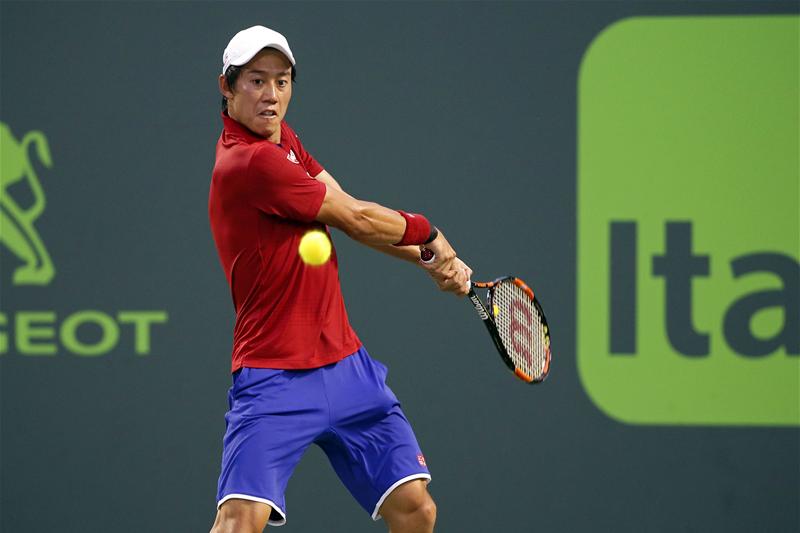 However, in a recent defeat to Djokovic in the Miami Open final, Nishikori seemed to really struggle with nerves, making numerous unforced errors.

Although a supreme talent, now 26, Nishikori will feel pressure to start delivering on his potential.

Grigor Dimitrov’s top-10 ranking, and form, has plummeted since his Wimbledon semi-final appearance in 2014.

The big-hitting Bulgarian, once labelled “baby-Fed” due to his exceptional promise, began working with a new coach in the autumn and has shown signs of improvement with a quarter-final showing at the Australian Open this year, in addition to a semi-final with Nishikori in the doubles competition.

By beating Andy Murray at the Miami Open, Dimitrov has laid down a marker for the rest of his season, and he’ll be desperate to climb back up the rankings.

Nick Kyrgios has sadly become better known for on-court controversy rather than his exceptional playing ability.

Only 20, and a quarter finalist at both Wimbledon and the Australian Open, with scalps of Nadal, Gasquet and others to his name, the big-serving Aussie has the ability to dominate the sport.

However, accusations of “tanking” at Wimbledon last year, and an explicit on-court spat with Stan Wawrinka has led to serious criticism of his character and sportsmanship.

Can allowances for his behaviour be made because of his age?

It’s up for debate, but if Kyrgios can put the attitude to one side this summer, there could be fireworks.

The aforementioned players can’t just focus on chasing down the likes of Murray and Djokovic. They need to keep an eye out for the rising stars in the ATP rankings.

One of these stars is Borna Ćorić, the youngest player in the top-50 of the world rankings. 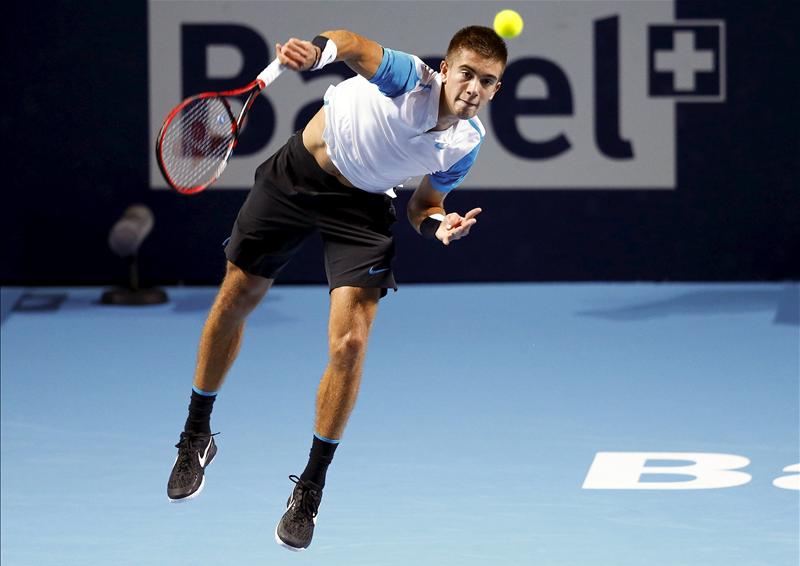 A junior US Open Champion, Ćorić began 2016 in strong form, reaching the final of the Chennai Masters only to be stopped in the final by Wawrinka.

Expect Ćorić to grow in stature over the summer, and don’t be surprised if he takes his maiden tour title.

A year younger than Ćorić, at just 18, is Sascha Zverev. Son of former tennis player Alexander Zverev, he became one of the youngest players to ever win an ATP Challenger Tour title after winning the 2014 Sparkassen Open in Braunschweig.

That same year Zverev won the 2014 Jr. Australian Open as the top seed and the 6ft6 German is currently ranked 54 in the world.

Zverev is something of a sensation on the tour, and was named ATP Star of Tomorrow for being the youngest player to finish in the top 100.

This summer may be too soon for Zverev to really make his mark – particularly at the Grand Slams, but there’s no doubt that this teenager is going places.

One young player who we’re tipping for a big clay season is 22-year-old Austrian, Dominic Thiem.

He has beaten many great clay-court players on clay before, most notably Nicolás Almagro and Rafael Nadal en route to his Argentina Open title, as well as Stan Wawrinka in 2014 at the Madrid Open

Thiem is primarily an aggressive baseline player who is adept at defending as well. Last month, he hit a career high ranking of no.13 and has five senior tour titles to his name.

We’ll be watching his progress carefully at Monte Carlo and in Paris.

Ćorić, Zverev and Thiem are all set for big things, and alongside other youngsters such as Thanasi Kokkinakis and Jack Sock, the future of top-level tennis looks to be in good hands.

There are high hopes for a contingent of young, female British players who look set for big summers.

Perhaps the most impressive British female, right now, is Johanna Konta. The 24-year-old was the world no.151 this time last year – now she’s ranked no.21. 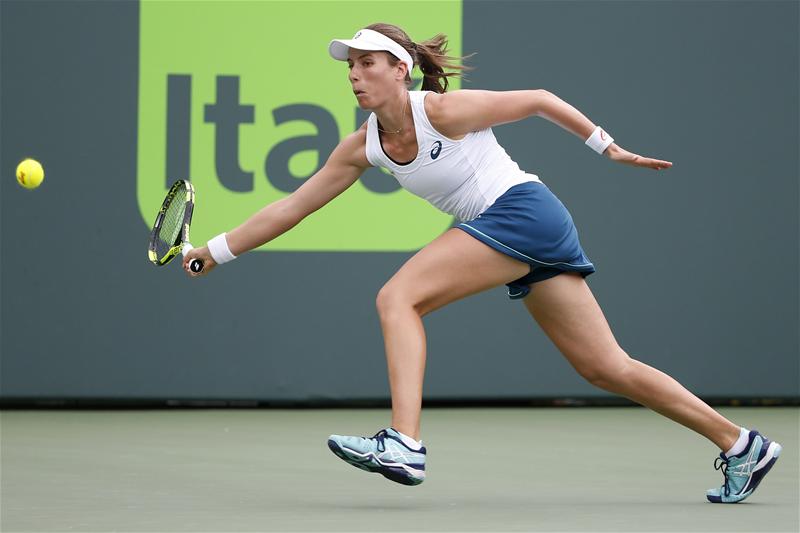 It’s been an extraordinary year for Konta, with the highlight being a semi-final appearance at this year’s Australian Open. She also set the record for the longest women’s match at the US Open with a 3 hour 23 minute victory over eighth seed Garbiñe Muguruza.

Konta was most recently in action at the Miami Open, where she became the first British woman to make the last eight there but lost to Victoria Azarenka – who went on to win the tournament.

There’s no doubt Konta will be planning on making further waves this summer. Expect a lot of public interest in her performances at Wimbledon this year.

Another youngster pushing to cement herself among the top players on the circuit is Heather Watson.

Watson has been competing professionally since 2009 and has eight career singles titles to her name.

Last summer she nearly wrote her name in the history books when she faced Serena Williams in the third round of Wimbledon and was just two points away from victory.

2016 has seen Watson retain her Hobart title, as well as win the Monterrey Open in Mexico. The stage is set for a successful summer.

There’s more encouragement for British tennis fans in the way of the return of Laura Robson.

The youngest of the trio, at just 22, a persistent wrist injury has kept her from regular competition for much of the last two years.

Once proclaimed the “new darling” of British tennis, following her junior grand slam at the Wimbeldon girls’ event in 2008, Robson is rebuilding a career that peaked at no.27 in the world when she was just 19 after strong showings in Australia and at Wimbledon.

After a recent defeat in Miami, Robson said: “Physically, I am good and hopefully it will stay that way. I am competing but I am just a bit up and down at the moment. It’s a work in progress.”

With Robson returning to fitness, and Konta and Watson showing fine form, the future looks bright for British women’s tennis.

Who are the best young tennis players?

Tennis fans will hope that the doping and betting scandals are dealt with swiftly and effectively – unlike the issues that have plagued the IAAF and FIFA in recent months.

Whatever the fallout, fans of the sport will be relieved that there are a number of great emerging talents, who should maintain the high playing standards we’ve grown used to while watching the likes of Federer, Djokovic, Nadal and Murray battling it out.

If you’d like to join us in watching the best young tennis players over the next few months, or would like to find out more about any of our sports travel packages, then don’t hesitate to give us a ring.